Little known fact: My first interaction with Hoyle Tanner was working for the company that provided the vending and coffee services. I was informed there was a position opening in the printing department by the print room manager as an assistant. I decided to apply and not long after, I was fortunate to have joined the Hoyle Tanner team. Fast forward 21 years, I am now a CADD designer for the Ground Transportation Division (GTD) and have ample appreciation for the challenges past, present and future that have gotten me to this point and further.

My background is founded primarily through a history of creative and artistic design. I went to school for computer graphics and desktop publishing, and I’ve always had a creative edge. Albeit at times CADD can seem like the polar opposite of creative art, it is – at its core – technical drawing.

The transition out of the printing world and into the CADD world was not a decision that came easy. I have a great respect for the manager of the printing department who is not only the person that brought me onto the team but who spent over 13 years sharing knowledge and direction on the administrative side, which is a critical function for a smooth engineering process.

My initial first steps into CADD were assisting the bridge CADD technicians at the time with basic edits while also trying to maintain my print room responsibilities. That was challenging. It wasn’t until I made a full-time transition into the bridge services group (now GTD) that I was able to wrap my head around how in-depth the CADD side of the process really was. ‘Eh, its just lines on paper’ is one of the biggest misconceptions of what is actually involved.

One of the biggest challenges of being a CADD designer is the ability to navigate through two very in-depth design software platforms. AutoCAD is the brand most people are familiar with, but surprise, most of the states in the U.S. operate on a platform called MicroStation. If it sounds a bit complicated, hang on, because every state you do business with has their own standards (i.e. the look and feel of how they require their plans to be developed) and like a finger print – no two are alike!

I have been fortunate to have had many means and methods of acquiring knowledge; mentoring from other CADD technicians and engineers, access to software allowing me to learn what functions are available by simple trial and error, books and a magical portal to infinite knowledge, also known as the internet!

What started out as addressing basic red lines has morphed into being able to operate multiple software platforms, developing graphics and construction plans through all stages of development, and applying a creative eye to help produce a document which conveys the engineer’s vision into a “road map” that a contractor can use to successfully construct the intended design.

It has been seven years since I’ve transitioned into the CADD end of the spectrum and look forward to improving, learning, and contributing to a team that I thoroughly enjoy being a part of in a company that has provided me with a path to a variety of opportunities for a successful career. 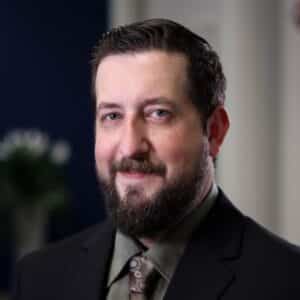 Travis is a CADD technician at Hoyle Tanner. He works on a variety of project types including development of plans for all phases of bridge rehabilitations and replacements, inspection of precast concrete components and creating various types of graphics. In his spare time Travis enjoys spending time with his dogs, acting on his creative ambitions and is a diehard hotrod enthusiast.