The weight of one foot of fresh snow ranges from 3 pounds per square foot (psf) for light, dry snow to 21 psf for wet, heavy snow. When evaluating an existing roof for snow loads, an engineer will want to know the year it was built, the materials involved and the load the roof was designed to support, to start. But there are many other variables that need to be considered when evaluating existing roof loads under snow conditions. Outlined here are some of the many factors that impact the snow load carrying capacity a structure: 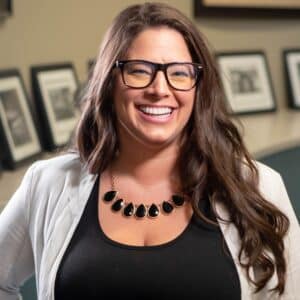 Nichole is a Vice President and the firm's Creative & Development Director based in our corporate office. She works with all levels of employees assisting with the firm’s marketing and branding strategy and initiatives. Her passion is making a difference and collaborating with people, so it is only fitting that Nichole leads the firm’s public engagement efforts, and public input process for some of our projects. As a self-described “doer,” each day you will find her working on something different, thinking outside the box and pushing the envelope. Sure, Nichole is busy with all of the projects she originates, but when she is not working, she spends most of her time with friends and family, baking, volunteering, and renovating her house.